On Friday, Microsoft sent a shock wave into the world of Data Science. Who would have thought? But the news article was genuine: Microsoft, traditionally seen as a vocal Close-Source advocate, acquired Revolution Analytics (article), the champion of R, the quintessential open-source software.

In the past years, with the change in leadership (Satya Nadella is now CEO), Microsoft has come a long way from his reputation in quite an impressive turn-around. Like it or not, Microsoft is positioning itself as a potent force in Data Science. I'm excited to see how this will articulate in the coming years.Let's look back at Microsoft latest moves in Data Science:

Mar 2014: Microsoft is said to use a good deal of Machine Learning in its products e.g. XBox and Bing 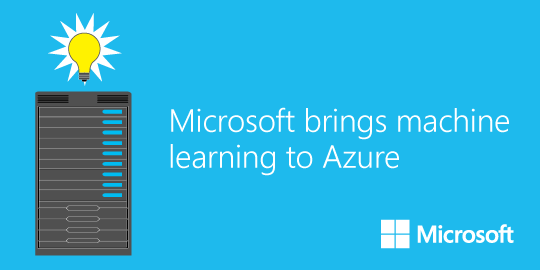 May 2014: Skype Research releases a video showing an technical feat. For the first time, we witnessed an accurate real-time vocal translation. A historical milestone in Machine Learning has been reached

Jul 2014: Microsoft launches a preview of Azure ML, a platform for Data Scientists and Business Analysts to test and deploy models in a seamless way

Nov 2014: Microsoft publishes an article about its research on image labeling . The publication date ties with Google's publication indicating a comparable level of research in these firms and thus challenging the common wisdom lauding Google's unparalleled advancement in the Deep Learning field

I think it's common knowledge that FB, Google and Amazon are at the outpost in Data Science. That being said, Microsoft is often wrongly overlooked as a key player. With a tremendous user base, in B2C and especially in B2B, a cutting-edge knowledge of ML as well as some ambitious services like Azure ML and a broader mindset (The famous "Microsoft loves Linux"), Microsoft is positioning itself as a serious contender in the industry. This acquisition serves as reminder of Nadella's strong ambitions in this field.
Acquisition Analytics Data Science Microsoft R RevolutionAnalytics