Showing posts from January, 2015
Show all

On Friday, Microsoft sent a shock wave into the world of Data Science. Who would have thought? But the news article was genuine: Microsoft, traditionally seen as a vocal Close-Source advocate, acquired Revolution Analytics  ( article ), the champion of R, the quintessential open-source software. In the past years, with the change in leadership (Satya Nadella is now CEO), Microsoft has come a long way from his reputation in quite an impressive turn-around. Like it or not, Microsoft is positioning itself as a potent force in Data Science. I'm excited to see how this will articulate in the coming years.Let's look back at Microsoft latest moves in Data Science: 2011:   During Interspeech 2011,  Microsoft breaks the Switchboard benchmark , a commonly used benchmark in Speech Recognition by using Neural Nets 2012: The NYT claims that Microsoft Research branch , named M.S.R, has 850 PhD's working on the hardest computing problems Mar 2014 : Microsoft is said to use a go
Post a Comment
Read more 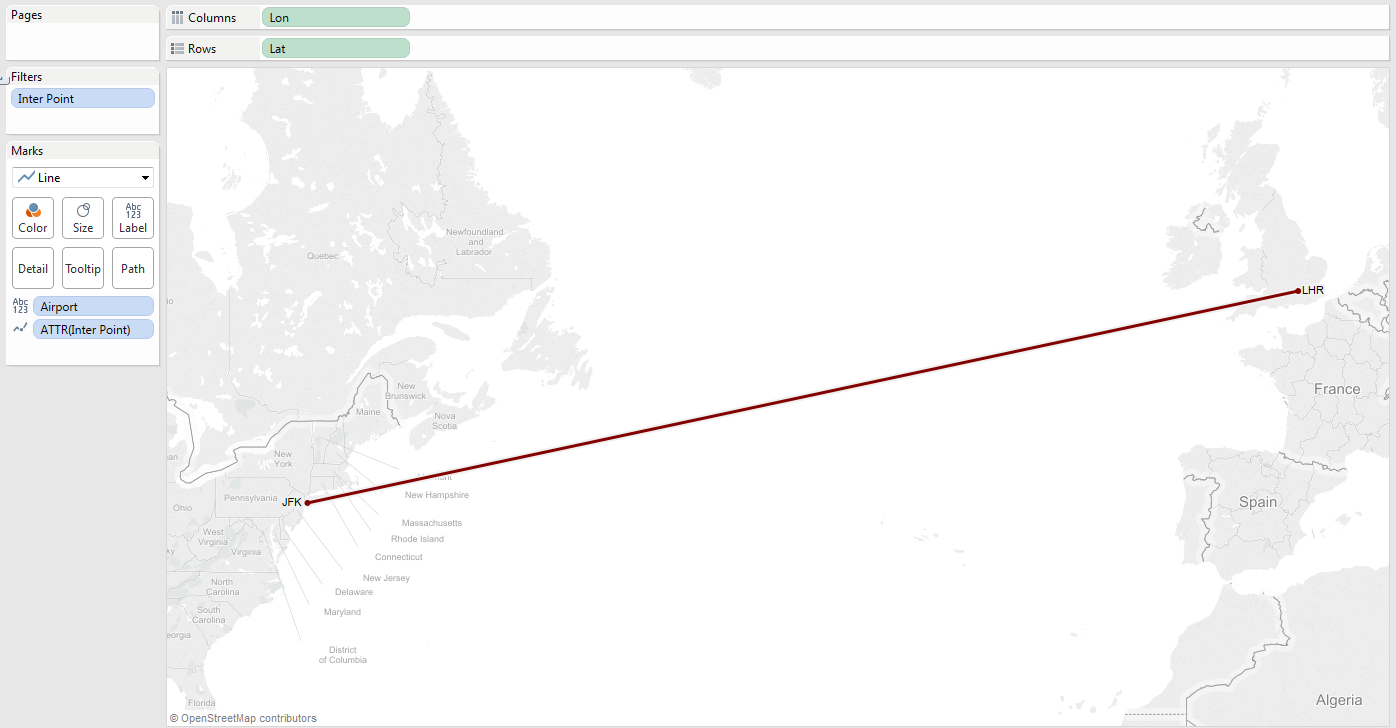 Tableau is notoriously good with tabular data but it gets frustrating to use when it comes to representing flight network, which involves spherical calculations that Tableau does not support. Now, say you are looking into the flight pattern of an Airline and you want give your audience a one-snapshot of the said Airline. Your center-piece will probably be a nice map of the network meshing and this is where it gets tricky: As Tableau represents flight segments as flat lines (as opposed to Great Circle lines ), you end up with a mediocre visualization like the following:  JFK - LHR Flight - Straight Line In order to have nice curves, I resorted to pre-processing the data and calculating the intermediary points for each segment with a short Julia code snippet (available here ). I chose Julia to evaluate this new tool whose selling point is to be as fast as C and as high-level as R. If you check out my github, you will notice how familiar this language looks.  The scr
Post a Comment
Read more
More posts